The battle between ladybug vs Asian beetle is common among farmers who are trying to distinguish one from the other. They may both look similar but one helps you while the other is an unwanted insect.

So how do you tell these two apart? Most people definitely know what ladybugs look like. But some cannot tell the difference between the harmless ladybug and the Asian lady beetle. What you may not know is that the disguise is not perfect! By figuring out how big it is, you are able to eliminate the bad and keep the good.

Both are a species of lady beetle but they carry some differences that are noticeable. They include: 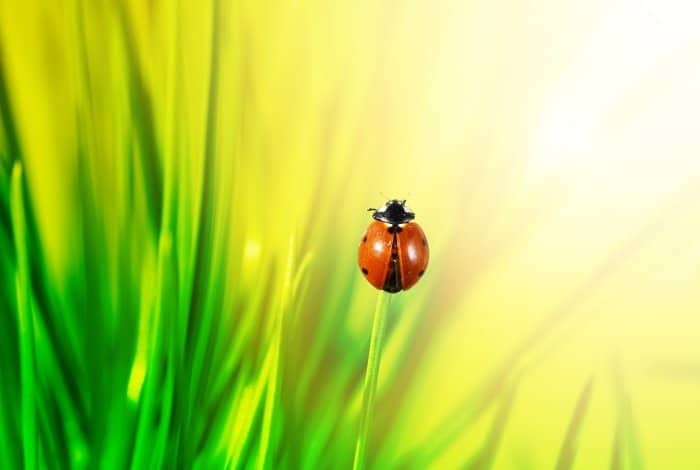 Which is Better for the Garden, Ladybug vs Asian Beetle?

Both insects are predators to aphids that destroy vegetables, flowers, and fruits. But the native ladybug is the only insect that is beneficial. It only eats soft bodies plant pests like insect eggs or aphids that are laid on leaves. This ladybug is collected and sold as natural pest control for gardeners.

How Can You Attract the Right Native Ladybug to Your Farm?

Stop raking the leaves on your farm. Ladybugs prefer the leaf litter even in winter, unlike the Asian beetle that goes for your warm house.

Destroy the Asian Beetle when you spot them. This creates a safe environment for the ladybug to thrive and reproduce.

How To Handle Asian Beetle Infestation

There is no quick fix for the Asian beetle invasion. You can contact a professional exterminator for expert guidance. In the meantime, you may use a few creative ways to keep them under control.

Seal your house inside out. It’s not possible to seal your home entirely. But you can seal up cracks and crevices to make it harder or the Asian beetle to get in.

Clear all vegetation. Be sure your landscaping has not overgrown. Asian beetles dwell in overgrown landscapes during the warm season. If trees hang over the roof, they increase the chance of infestation during the fall season.

Read more about How To Get Rid Of Hoverflies

Now that you can tell the difference between the two bugs, go ahead and attract the right ones and drop the bad ones.

Is an Asian lady beetle a ladybug?

The Asian lady beetle is one type of ladybug with a long, thin body and antennas. It has a distinctive four-spotted pattern on its back.

How do I identify an Asian beetle?

To identify an Asian beetle, you will need to look at the head and pronotum. The pronotum is where the head meets the body. Look for a pair of black spots on either side of the pronotum and a yellow spot (which can be orange or green) in between them. The "lips" of this yellow spot should be wider than the rest of it, which will help distinguish it from other insects like bee flies or blowflies

Are Japanese beetles and ladybugs the same?

The ladybug is a red and black spotted insect that lives on plants and aphids. The Japanese beetle is a type of scarab beetle that lives in gardens, fields, lawns, and other areas where it can feed on plant roots.

What is the difference between ladybugs and beetles?

Ladybugs and beetles are two different types of insects that have some similar features. However, there are important differences between these two.

Ladybugs are typically reddish-brown and black with a rounded shape when they are being viewed head-on. They also come in various sizes ranging from 1/8 to 1 inch.

Beetles can be red, brown or black like ladybugs but they tend to have more elongated shapes and pointy jaws. Some beetles may also have wings, antennae, and eyespots which is not typical in ladybugs.

Is an Asian lady beetle a ladybug?

An Asian Lady Beetle is a type of beetle that has a black body and red markings on the wings. It has the appearance of a large ladybug, but it's not actually a member of the insect family Coccinellidae .

What are the bugs that look like ladybugs but aren t?

The most common bug that looks like a ladybug is the Lady Beetle. Lady Beetles are commonly known as Ladybugs, but they don't actually belong to the order Coleoptera, which means "knee-joints."

Lady beetles look similar to ladybugs because they both live in gardens and can be found with aphids. However, there are some differences between them including size and body shape.

What are the yellow ladybugs?

The yellow ladybug is a species in the ladybug family. They are known to be one of the most beautiful and bright insects. It belongs to a group called Coccinellidae, which is also known as lady beetles.

The yellow ladybug has a brilliant coloration, which can appear golden, orange or green depending on the time of day and its environment. They generally have metallic reflection on their wings, which helps them camouflage themselves in their natural habitat - the forest floor.

Yellow ladybugs typically feed on aphids or scale insects. They often live among other species, like other ladybugs or ants.