Snakes are legless reptiles, and there are over 3000 species of snake. There are many pieces of wisdom that are passed down from generation to generation about different herbs that chase away snakes, or frogs, owls, and so on. It is quite important to interrogate these “old wives’ tales” and make sure that what you are doing actually makes sense and has some scientific basis. Let us take a look at the mythology around mint. Do mint plants attract snakes? Do snakes hate the smell of mint?

Do mint plants attract snakes? I have spearmint, peppermint, African mint, chocolate mint, mint basil, and all sorts of things growing in my garden that have a sort of minty note to them. Which one of these may attract snakes?  The causes of the flavor of mint are mainly terpene compounds. The ratio of the different terpenes gives character to the type of mint. These compounds are on average of little interest to a snake either as a repellant or an attractant.

So mint plants are a broad group of plants that have a “minty” terpene profile.

Secondly, What Do We Mean By Snakes?

Snakes are a really diverse group of slithery reptiles. There are snakes that have evolved and adapted to many different environments. In my garden, I have seen watersnakes, mole snakes, cobras, adders, harlequin snakes, and many others that I have no idea what they were. Quite a few of those were in my mint patch!! Generalizations about such a broad group of animals can be dangerous – the old adage “in General, generalizations are bad” is apt here.

Do mint plants attract snakes? No, not really. Food attracts snakes. Snakes will be attracted to places where their specific types of food preferences are prevalent. Snakes are predators, and some specialize in eating slugs, some eat insects, some eat rodents, some eat birds and/or eggs, some eat reptiles, some eat frogs/toads and some eat a range of the above.

Mint plants are actually quite unpalatable and a lot of the normal things that snakes would eat – rats, mice, slugs, frogs, toads, and the like, are not very fond of being near mint. This does not mean that you will not find these animals in mint – it just means you are more likely to find them in your corn plants, or tomatoes. This also means you are more likely to find an active snake in the corn or tomato patch. This does not mean it will not go and take a nap in your mint bed.

Generally, the sort of snakes we get scared of are the ones that tend to eat rodents. Things that eat slugs and amphibians tend to not have to be very poisonous. My general theory in my garden is “control rodents to keep scary snakes out of the garden”. In my area, scary snakes also eat frogs and toads. This is a live and let live issue – frogs and toads control insects and slugs, so I figure I just have to live with that risk. That is what my cat is for. She eats those snakes. Many snakes are attracted to frogs and toads. I purposefully propagate tree frogs such as the above. Every now and then this can attract a snake such as a watersnake into the garden. These are of no threat to anybody, other than the frogs. My friend Alaric collects snakes and is seen here holding a fine specimen in my front garden.

Learn more about: Does Mulch Attract Snakes? And Other Wildlife & Find The Best Answer Here

What Can We Do To Snake-proof The Yard?

There are many types of snakes – some you actually want in your yard, and some you do not. As an example, in my yard, I have a number of non-poisonous snakes that I actually want in the garden. Slug eaters, mole snakes, water snakes, and those other little harmless things that eat bugs, slugs, cutworms, and so on are actually very valuable. None of these are poisonous. They are also small and nearly impossible to keep out of our gardens.

The bigger scary snakes, rattlesnakes, adders, pythons, cobras, vipers, mambas, and so on, depending on where you are in the world are the ones we want to discourage from living with us as these relationships normally just end in conflict. Snakes can climb and are remarkably agile – the easiest way to keep snakes away is to make your garden less attractive to them.

If there is no food in your garden, they will come around and leave. Rodent traps are a good starting point. I have found that there are a lot of ideas out there, and a few of them work. I use traps like these. 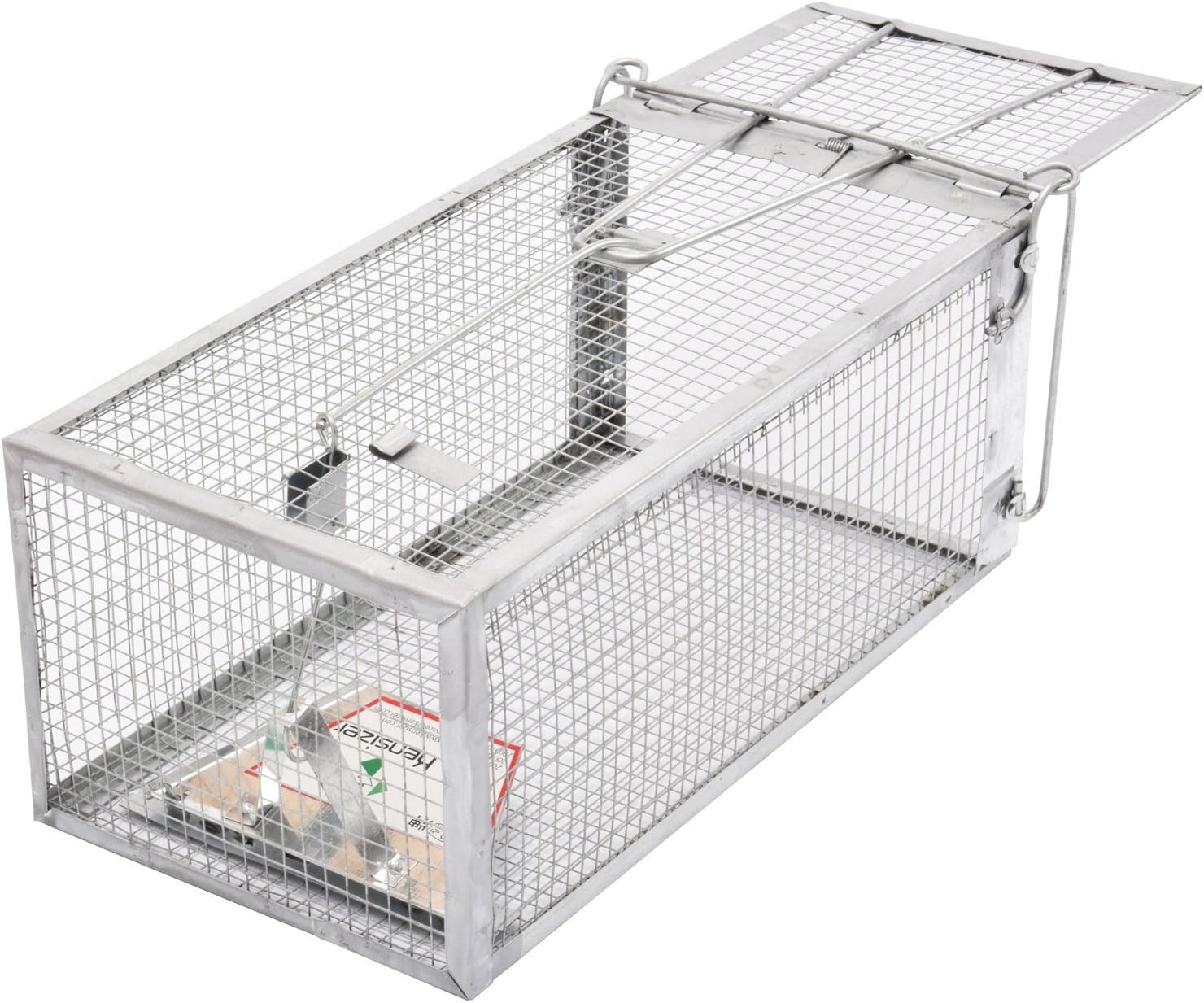 Mine are the cheap ones I buy for two dollars from the Chinese shop, but the one I have pointed out there looks a bit better quality. Do not go and be a “kind-hearted person” and release the rats into nature. Kill them humanely with a small air pistol. 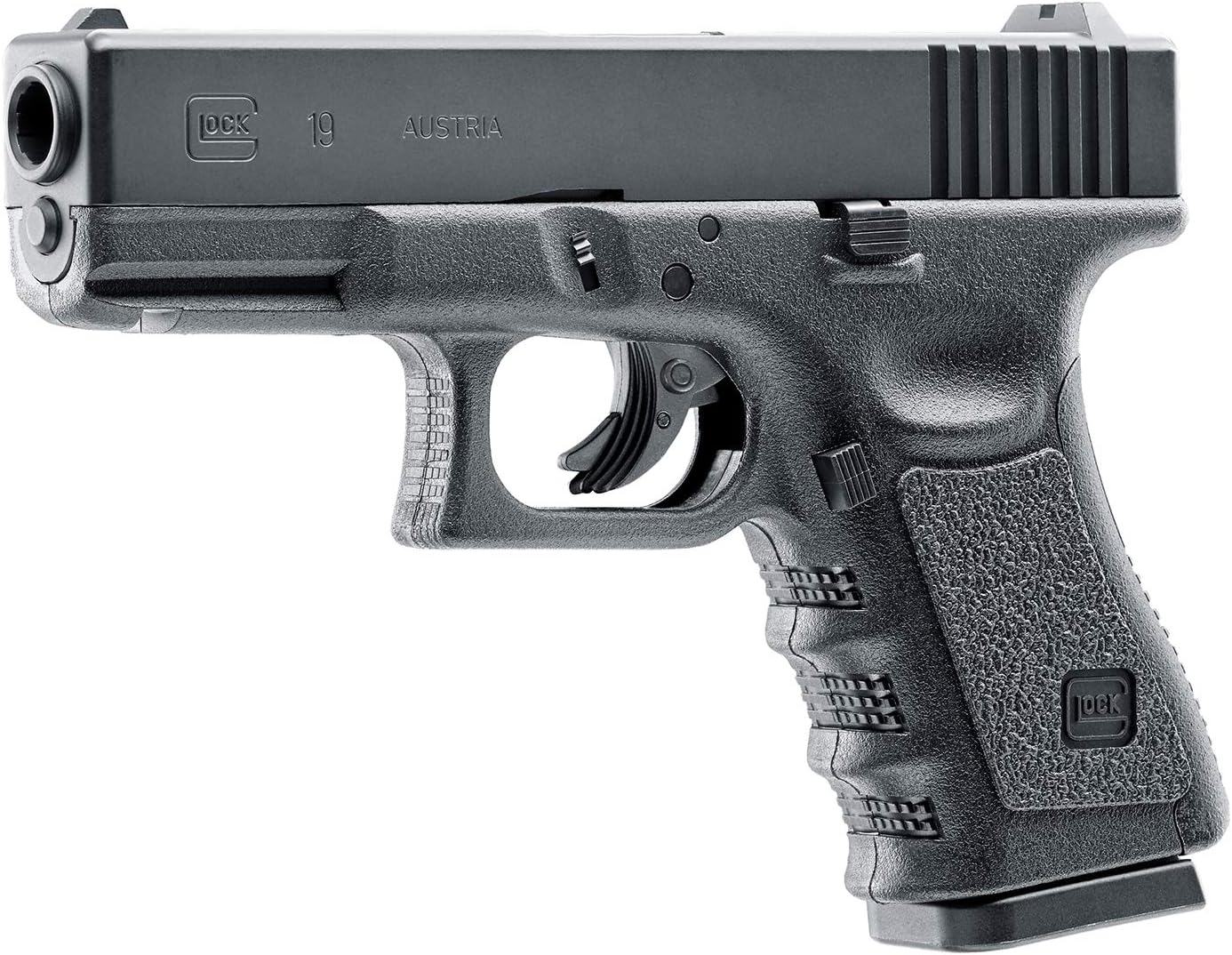 Rats are an invasive pest and they actually eat birds’ eggs and cause a lot of environmental damage. Catch them and kill them. Or give them to somebody who has snakes that can eat them.

You can really reduce rat numbers with four or five of these traps dotted around. Check and rebait them daily. I use peanut butter and banana slices, and then put an apple core on the trigger. They come in and have a feast on all the stuff and often you can catch three or four at a time. After you catch the rats, it helps to have a bucket with a bit of bleach in it. Put the rat traps in there every second or third day – when rats are scared they put some weird pee marker that can chase other rats away. This stops that building up.

A cat also helps a lot with rats. And snakes. They eat a lot of birds too, so a cat is not purely environmentally friendly, but they do help. You don’t want some fancy pedigreed cat – just a normal mangy street cat is ideal -these have not had the common sense bred out of them.

My rat traps work hard. It is possible to catch two, sometimes three rats in a cage if you bait them with bananas and peanut butter and then put an apple core on the door trigger. They all come in and have a party eating the nice things, and then, as the party comes to an end, somebody gnaws at the old apple core, and boom. Two or three rats waiting in the cage.

Put mesh on gates and other places snakes can come in

We have a cellar at my parent’s house that my Mom uses as a laundry room. Snakes are attracted to dark cellar places and the fact that the tumble dryer keeps that nice and warm makes it more attractive. Many large scary snakes have gone in there over the years causing the inevitable fright, then my Mom bangs her head on the concrete roof when she jumps in the air, and then my Dad gets to hear about this event – a lot. Snakes are a source of domestic tension.

About ten years ago, he put welded mesh on the base of the screen door in the cellar – this means even when the door is open, the screen door keeps snakes out. The welded mesh is effective as it allows you to get mesh right up to the corners. A bag of zip ties and a pair of side cutters are the only things you need to fix the welded mesh into a neat snake excluder. This is literally a few-minute job that will help a lot. You can do the same on gates into your garden, and cover drains and little holes with the mesh as well.

As mentioned already, cats eat rats. Snakes are often attracted to eating rats. Cats reduce rats and reduce snake food. Cats also eat snakes. Take the e in snake, move it back one space and turn it into a c and you have snacks – cats turn snakes into snacks. My official rat and snake catcher. She is a harbor cat – the meanest nastiest cats can survive on ships. This cat catches a rat, or possibly two every day. She has caught snakes three times her length, and normally, a long nap such as the one happening in the picture indicates that a snake or rat has been terminated.

I hope this has helped you answer a few snake questions. Do mint plants attract snakes? Not really. Do snakes hate the smell of mint? Not really. How can you control snakes? Keep their food away. Are there snakes you do want? Yes, any non-poisonous snake is your friend. What is the most effective snake control – a cat. A really mean gutter cat. No fancy cat. Just a gutter cat. Ginger cats are especially good. If you enjoyed this please share.

Read more about: Do Rats Eat Succulents & 4 Tips On How To Avoid Rats Eating Your Succulents In The Best Way

Do snakes hate the smell of mint?

No. They are ambivalent. I have seen snakes curled up in my mint bad taking naps. They really do not care about mint. It is just a plant to them. They enjoy eating living things. Snakes are not herbivores and have no feelings about mint.

No. Snakes dont really have any interest or disinterest in mint. There are old wives tales kept alive on the internet by SEO troll farms. These are mistruths. Snakes really don't have any feelings for or against mint on average.

What are snakes most attracted to?

Food and nice nesting places. Snakes like to have places they can hide - dark crevices, and they enjoy eating. Depending on what snake we are talking about will determine their favourite food. Rats and mice tend to attract scary snakes.

How do I snake-proof my yard?

Close up holes and entrances to your yard using fine wire mesh. Place traps to catch rats. Snakes are attracted to food - most scary snakes like to eat rats - if you do not have rats running around, you will not have much to attract snakes. Get a cat. A rough tough street cat, not some fancy breed. The rough tough cats have the badass attitude needed to catch snakes. Fancy things like Persians and so on would prefer if their snake comes out of a can.

Is Mint toxic to snakes?

No. Well I am sure if you put a snake in mint oil it would be toxic, but the plant on its own is of little worry to snakes. I have seen snakes taking a nap in a mint bed. Often.