Read more "/>
Home
Gardening Guides
What Does Tarragon Look Like?- An Inside Look

Are you among the people who wonder what does tarragon look like, how it grows, its uses, its flavors, and its varieties?

Tarragon (Artemisia dracunculus) is not common both in growing or using it. But it is worth growing it in your garden.  This herb is a popular and traditional ingredient in French cuisine. The French use it to enhance the flavors of fish and chicken dishes.

Tarragon is a perennial plant and gives you masses of leaves over several years. This makes it worthwhile to grow it for its continued uses.

Tarragon has distinct leaves that make it easier to recognize it.  Its leaves are long and slender with pointed tips.  Its stems are bright green with perky leaves.

It is difficult to differentiate between two varieties (Russian and French) just by looking at them since they look exactly the same.  When in doubt, crush the leaf between your fingers and smell it.  The Russian tarragon smells like sweet grass with little anise smell while the French tarragon will smell distinctly like licorice.

1. The Russian Tarragon.  It has a fair inferior flavor and can be bland compared to the French variety. It can be cultivated from seed and its leaves are a bit coarse in texture.

2. The French Tarragon.  It has a pungent licorice-like taste due to estragole, a component in this tarragon.  This variety is cultivated from cuttings or through division.  It rarely flowers or sets seeds so it can be difficult to grow. The French tarragon does not like hot weather, too moist soil, or cold weather.  It is a high-maintenance herb.

3. The Mexican Tarragon.  This tarragon is not as popular as the other two types.  It is also known as the Mexican Mint Marigold and can grow up to 35 inches. It’s grown as an annual in temperate regions or as a perennial in hot climates.  It has shiny medium green 3 inches long leaves and golden yellow flower heads.  This variety produces flowers that are fit for consumption. 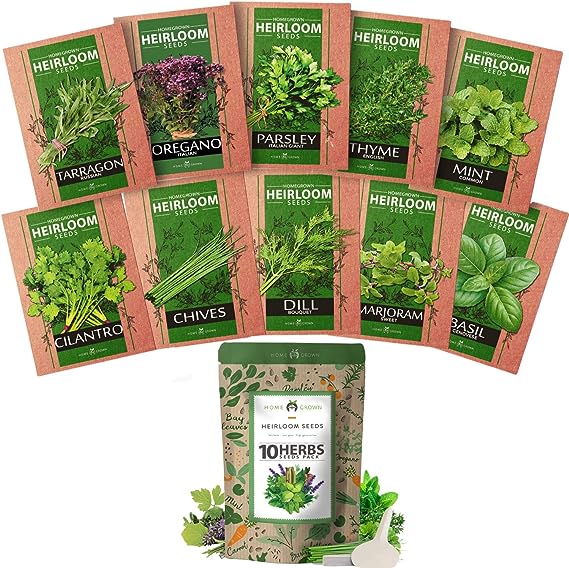 How To Grow Tarragon

Just like mint, tarragon spreads by underground runners but it’s much less vigorous than mint. It is unlikely to be a problem for your garden.  If you don’t want it to run, you can grow it in a pot to contain it and put it in a sunny area.

Finally, let’s see how you can incorporate tarragon in your daily cooking.  It’s best to use it as a fresh or dried herb added to sauces at the last minute to retain its flavor.

In French cuisine, tarragon is a critical ingredient in several secondary sauces like the sauce Bearnaise. These secondary sauces are derivates of any of the five classic mother sauces – Sauce veloute, béchamel, hollandaise, sauce tomat,o and sauce Espagnole.

Tarragon is also one of the best herbs among the classic French fine herbs.  This herb has a distinct flavor that quickly overwhelms a dish if not used in moderation.  It can be a turn-off for those who are not into the licorice flavor, so you must be careful when using it.

This herb is best for use in fish and shellfish, eggs, poultry, and fresh vegetables. In addition to French cuisines, tarragon is also best for Russian and Eastern European cuisines.

Some other delicious uses of tarragon are:

What Nutritional Value Is Tarragon?

Tarragon has much nutritional impact that most people do not know about. It contains a decent amount of calcium, potassium, iron, magnesium, and Vitamin B6.

How do you identify tarragon?

Tarragon is a perennial herb that grows from a clump of rootstock. It is best known for its leaves which are usually used in cooking, especially for fish and poultry. The flowers are also edible. The leaves are the part that most people use to flavour dishes. They have a distinctive aroma and flavour and are very aromatic, pungent and slightly bitter.

Tarragon is a member of the parsley family. It is closely related to basil, and both herbs are used as a culinary herb in many cuisines. Tarragon can be used fresh, dried or frozen. It can be used in soups, sauces, stocks and salads. It is commonly used as a garnish for fish and shellfish dishes, and also used as an ingredient in marinades for poultry, meat and seafood. When you eat a dish with tarragon, you can smell the herb and you may notice that it makes the food more fragrant. Tarragon leaves are usually placed on the plate or served with the food. Some people sprinkle them on top of the food.

What does tarragon do for the body?

Tarragon, also known as Russian sage, is a perennial plant native to Eurasia. It has been cultivated for its culinary use since ancient times and is used in many countries in Europe and Asia.

It can be found growing wild in the Mediterranean region. The Latin name for tarragon is Artemisia dracunculus, and it is also known by the common names French tarragon, Russian tarragon, and dragon weed. The leaves of tarragon are used in cooking, but it is the flowers that are considered the most important part of this herb. It’s also been used for medicinal purposes for thousands of years. The most common use of tarragon is to make chicken or fish taste better, but there are many other uses.

Tarragon is great for digestion. It helps to stimulate the production of digestive enzymes in your stomach and intestines, helping to break down food. It also helps to fight off bacteria that can cause stomach problems, including stomach ulcers and diarrhea. In addition to its benefits to your body, tarragon is also beneficial to your skin.

Can tarragon be eaten raw?

Yes, you can. You can also eat it in a salad, on top of grilled fish, and even in a smoothie! I have made a couple of different recipes using it lately, and they all turned out great.

The first time I tried it was in this salad. I made a Greek salad with feta cheese and Kalamata olives, and it was really good. The next time I used it in this salad (pictured above) and it was even better.

How do you harvest tarragon so it keeps growing?

Tarragon is one of those herbs that really does have a life of its own. The plants will continue to grow after harvesting, but the leaves become smaller and less pungent. To get the maximum amount of tarragon for your cooking, you’ll need to harvest the plants when they are about five inches tall.

If you are new to tarragon, don’t be scared. The flavor is not overpowering and it is easy to cook with. Tarragon is used in sauces and soups, in salads and on meats. It can even be added to vinegar to give it a hint of flavor.

Does tarragon grow back each year?

Tarragon is a perennial herb that can be grown as an annual. It can be planted in early spring and you will have a new crop of tarragon next fall. However, if you plant it during the summer, you will have a much larger harvest of leaves. Tarragon plants are hardy in USDA Zones 5 to 9.

ou should grow tarragon from seed, which you can purchase at your local garden center or nursery. You can also buy tarragon plants or start them from seed. In the winter, keep your tarragon plant out of direct sunlight, and water when the soil begins to dry out.

You don’t just know how tarragon look like, but you know how to grow it and utilize it in your kitchen. Food is a love language and we all love flavorful food that we can make from freshly grown herbs.

This is your chance to grow your herbs and add French cuisine to your family menu.